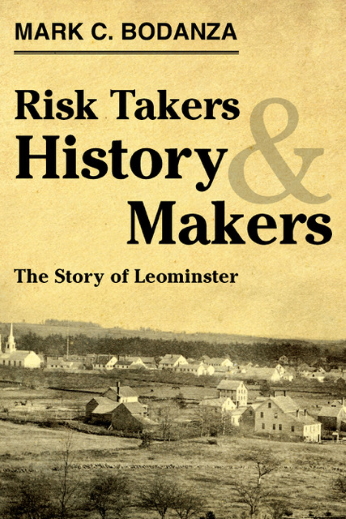 The English settlers came in 1725. They built their farms on the gently rolling plateaus above the Nashua River to the east and in the shadows of the Monoosnock Hills to the west. Chartered in 1740, Leominster quickly became a special place. Bold innovators and resolute social reformers have dominated the city’s rich legacy. Few places the size of Leominster can boast the number of history makers who have contributed to the heritage of this North-Central Massachusetts community. From abolitionist Frances Drake to John Chapman, better known as Johnny Appleseed and plastic pioneer Bernard Doyle, Leominster residents have been dreamers and doers.

Leominster’s citizens have had the moral courage to challenge the evil of slavery and promote social reforms including racial and gender equality and improvements in education.

The city’s industries have revolutionized America’s industrial landscape and earned the city a title as the plastics capital of the world. Leominster’s high standing has been secured by generations of hard-working and forward-thinking women and men. Leominster will never be any more or less than its people, but given its nearly three centuries past, the future looks bright.

Order your copy of Risk Takers History & Makers – The Story of Leominster today.